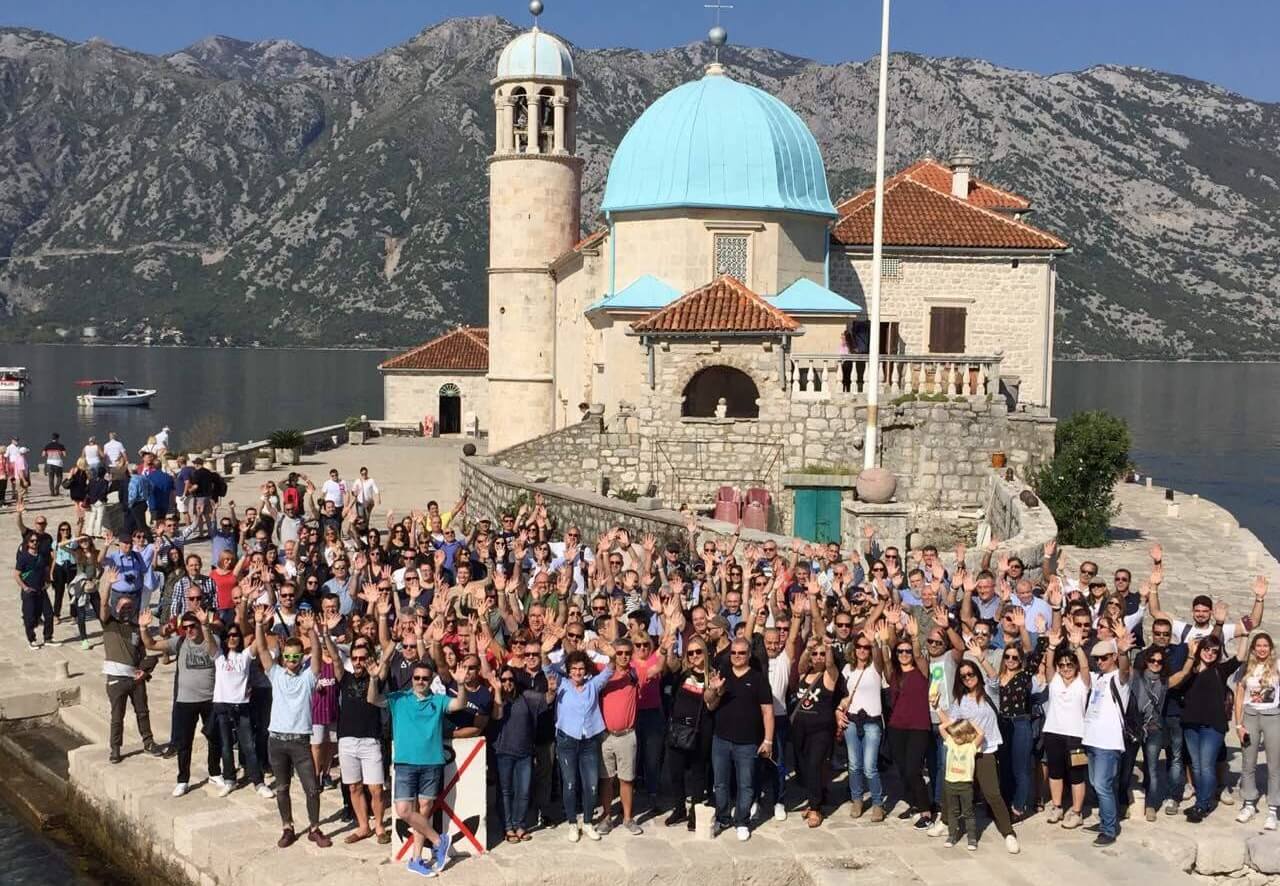 Incentive Montenegro – Where mountains meet the sea in spectacular fashion

Encircled by its larger neighbours Croatia, Bosnia, Albania, Serbia and Kosovo, this small and unassuming country still manages to shine above the rest. Just seeing some photos is incentive enough to make you want to explore further. The rugged mountains of the Dinaric Alps seem as if they are all on a march towards the beautiful Adriatic Sea, where 300kms of gorgeous beaches are squeezed between coastal mountainsides, rocky outcrops and stunning bays. Whether it’s on the coast or in the mountainous interior, you’ll find you are spoilt for choice when it comes to planning a good incentive. Montenegro will fill you with awe at every turn.

Over the centuries Montenegro has seen wave after wave of races such as the ancient Venetians, Turks, Romans, and many more. The landscape is scattered with beautiful medieval villages and towns, many hugging mountainsides or mountaintops. The various religions have left behind a wonderful eclectic mix of churches, monasteries and mosques. The interior contains 5 national parks where lakes and rivers swirl around mountains and carve their way through canyons and valleys. So whatever your idea is for an incentive, Montenegro is the place to make it happen.

The jewel of the coast

There is no shortage of fascinating coastal towns to explore. Your incentive can begin in the fabulous walled medieval coastal city of Kotor, which is encircled by sun-baked mountains towering as high as 1700m. Kotor is dramatic to say the least, unrivalled to say the most. It’s hidden neatly away in the Bay of Kotor, cradled by an imposing mountain range that almost looks to be hiding it away from the rest of the world.

And just in case invaders did manage to get through, the city was protected by the amazing Saint John’s Fortress that grew steadily up Saint John’s Hill over 1000 years from the 9th to the 19th century. In order to get there, you’ll need to climb the 1350 steps, but those who conquer it are rewarded not only with a commanding view across the swathe of medieval churches and Venetian palaces interspersed with cobbled alleys and sunny plazas, but also across the Bay of Kotor to the surrounding coastal mountains.

As already mentioned, there are five national parks. Biogradska Gora is probably the most unique. Situated between the Tara and Lim rivers in the Bjelasica mountain range, it contains four glacial lakes. But this isn’t what makes it unique. In the basin of the Biogradska River you’ll find the oldest protected forest in the world. The region is home to a large area of virgin forest with trees estimated at over 400 years old. In among these tall trees, some soaring to over 40 metres tall, bears, foxes, wolves and many more wild animals roam freely and safely.

This is the largest of the five national parks and since 1980 has been listed as a UNESCO World Natural and Cultural Heritage spot. Situated around the mountain of its namesake, Mount Durmitor, the surrounding canyons, rivers, lakes and forest provide plenty of opportunities for a sporting incentive such as hiking, cycling, rafting and even mountaineering for the more adventurous. There are 48 peaks over 2,000 metres above sea level, but we can ensure you are provided with expert guides to lead you up safely.

Established in 2009, the newest national park in Montenegro, Prokletije National Park, like its neighbour Lake Skadar National Park, straddles the border with Albania. This region is so wild that until recently it was somewhat of a mystery. But modern knowledge and technology has opened it up and now it’s ready to explore. We know the best places, and the best guides to take you there.

Mount Lovcen, covered in beautiful dark green conifer trees, is probably one of the most beautiful mountains in Montenegro. So much so, that it’s rumoured the ancient Venetians named the country after sailing past and seeing it shining like a black pearl in the morning light. They named the land, Black Mountain (Montenegro (Venetian Italian), or Črna Gora (local name).

As well as the highest mausoleum in the world, the region is also home to many other beautiful historical monuments. It’s possible to actually spend a few days in a hotel on the mountain, so you can truly explore the area. Ivanova korita is a small footpath on the edge of the park and the foot of Mount Lovcen. It’s most famous for its great restaurants serving delicious Montenegrin specialties, so is a good option for when you come down again.

One of the things visitors seem to like most is the hospitality of the local people. Despite the fact that tourism is the staple income for most, rather than pester visitors to purchase things, locals are more likely to just want to fill your belly and enjoy your company. So be prepared to eat well.

An incentive to remember

When it comes to planning an incentive, Montenegro may not be the first destination that springs to mind, but in our experience once it has been tried you will want to return again. 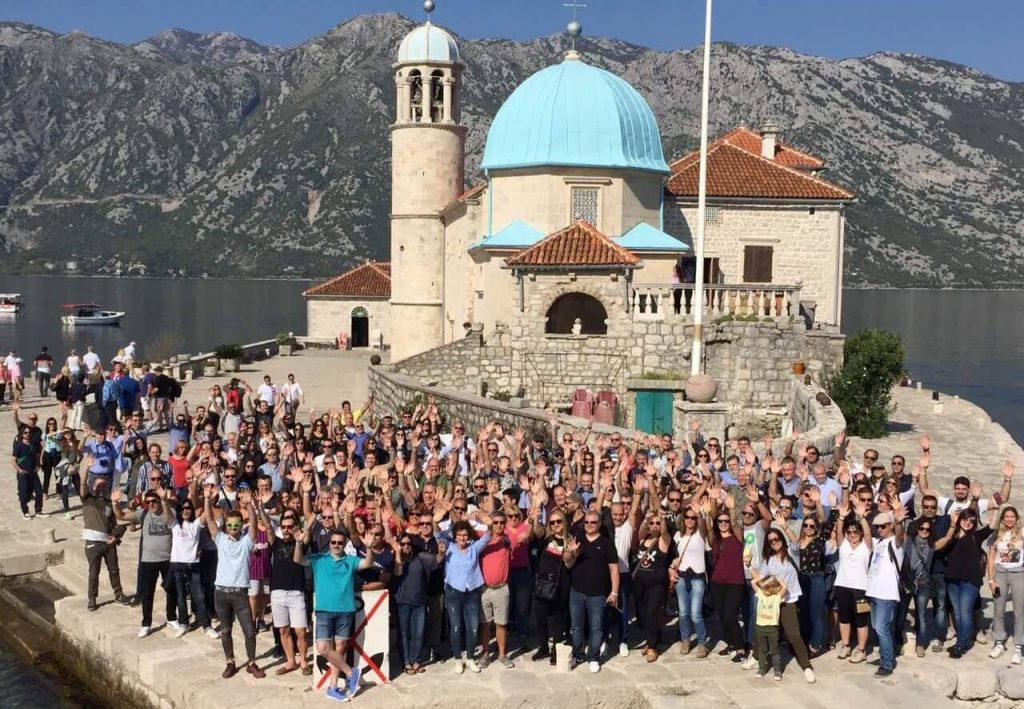 When it comes to luxury hotels, Dubrovnik has no shortage of...